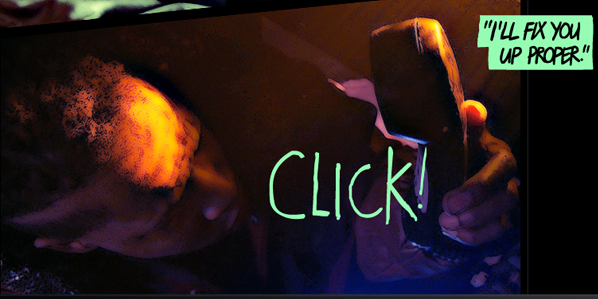 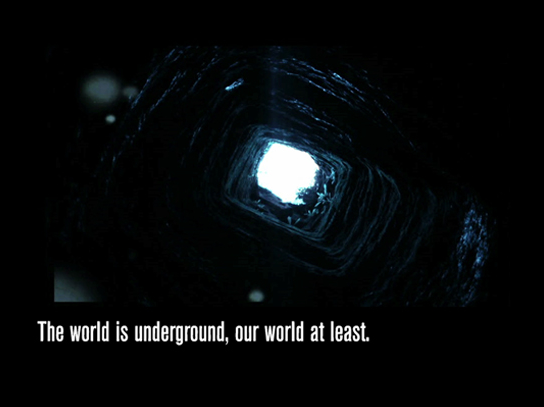 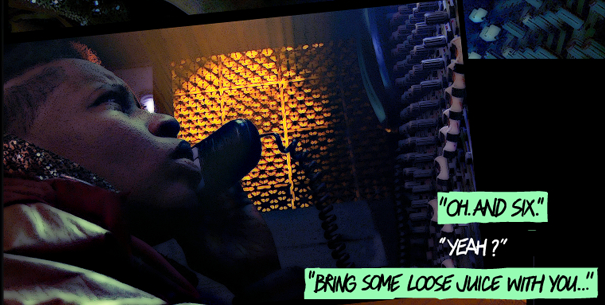 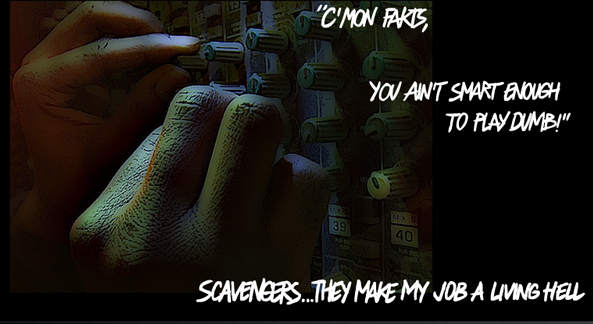 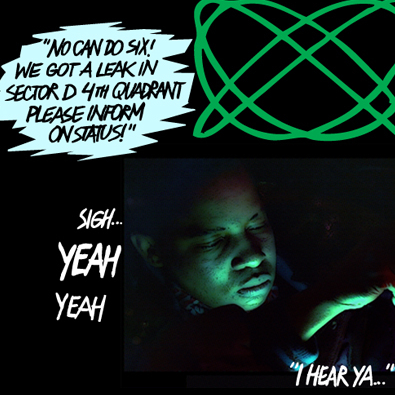 “The world is underground, our world at least, the world of woman, man, machine. Dark and crowded space is a commodity, inches are as good as gold. Not much hope in a world like this, and not much of a view … unless you look inside your head”

Deep underground, a war has been waged between two states of trance. Tortured by centuries of neglect, the earths atmosphere deteriorated, forcing humans to live in an underground city built from abandoned subway and water tunnels, mines, caves and catacombs. This exodus to the underworld was called “the descent”, and, although it had happened hundreds of years before, it left humanity unable to deal with the claustrophobia of their surroundings.

To cope with this phobia, civilizations became addicted to all kinds of distractions. Content and media had been liquified, instead of digitized, transforming it into a colored gelatin like goo, which was kept within a massive well called the Main Stream.

The liquid, also known as the juice, runs through the five quadrants of the underground via a network of pipelines. People can then consume the juice by either drinking, soaking in, or injecting it hypodermically, allowing the user to dive into the massive well of content, using their Crux the navigation device, to seek out, isolate and remix their experiences.

Since the demand for juice is so high, a disgruntled plumber named Septa6 is given the unfortunate job of maintaining the pipelines and keeping the juices flowing. This is no easy task as the pipes in the lower quadrants are decrepit due to overuse, vandalism and break in’s by scavengers looking for refuse juice to steal and resell for space.

Septa6 s job is tedious to say the least, and not for the faint of heart either as he must stay focused on the pipelines with little to no distractions from the darkness of the lower quadrants. When Septa6 does get time off, he goes down to the lower quadrants to trade juice with an alchemist/club promotor named Drags, who in return mixes up Septa6 s own personal concoction of juice, a video loop of a beautiful girl who, due to the deteriorated static of the video, he calls Snow. Snow is the only love Septa6 has ever known, and he sits in his maintenance room tapping every last drop until there is none left, and then doing his whole routine all over again.

Meanwhile a group of the most talented blenders for the Main Stream work in the ultra competitive environment of the 5th quadrant, a labyrinth of tightly packed cubicles. In the 5th one mans success is another’s loss, as space is so limited anyone who comes up with a mix that is brilliant enough gets a few extra inches added to their cubicle, while others get space taken away. This makes for an incredibly cut throat workplace, where no one is truly your friend. The most talented of the bunch is Dgin5, a self absorbed but brilliant man who’s ingenious mashups have made him the most sought after mixologist of them all, earning him more space, and more enemies, than anyone else in the 5th..